Most of our everyday electronic appliances, such as radios, logic components or solar panels, rely on diodes where current can flow primarily in one direction. Such diodes rely on the electronic properties of semiconductor systems which cease to work at the ultralow sub-Kelvin temperatures required in tomorrow’s quantum technology. Superconductors are metals whose electrical resistivity is usually zero but, when contacted with other metals, can exhibit high contact resistance.

This can be understood from the energy gap, which indicates a forbidden region for electronic excitations that form in superconductors. It resembles the energy gap in semiconductors but is typically much smaller. While the presence of such a gap has been known for decades, the diode-like feature has not been previously observed, because it requires breaking the usually robust symmetry of the contact’s current–voltage characteristics.

The new study “Superconducting spintronic tunnel diode” published on Nature Communications  demonstrates how this symmetry can be broken with the help of a ferromagnetic insulator suitably placed in the junction. These novel superconductor diodes, operate at much lower temperatures than their semiconductor counterparts and are useful in quantum technologies.

The study has been conceived by Elia Strambini and Francesco Giazotto from Cnr Nano, and conducted in collaboration with a team of scientists from the University of Jyväskylä, Materials Physics Center San Sebastián, and MIT. “It is the first realization of a superconducting spintronic tunnel diode, and for the first time the non-reciprocal transport in spin selective tunnel junction has been carefully quantified and described”, explains Elia Strambini who performed the main experimental activity together with Maria Spies, Nadia Ligato and Francesco Giazotto at the Superconducting Quantum Electronics Lab (SQEL) of Cnr Nano and Scuola Normale Superiore in Pisa.

Francesco Giazotto, who supervised the study says: “This finding is promising for several tasks in quantum technologies, such as current rectification or current limiting. The main application field is the implementation of low-noise ultrasensitive detectors in the THz region. In addition, the superconducting diode may pave the way for future low-dissipation and fast superconducting electronics”. The present technology is protected by the International patent application nr. PCT/IT2021/000038 thanks to the support actions received by Giulio Bollino, IP Manager at the Department of Sciences and Technologies for Matter at Cnr.

The research was made within the SUPERTED project, funded under the EU’s Future and Emerging Technologies (FET Open) framework. The project aims at creating the world’s first superconducting thermoelectric detector of electromagnetic radiation based on superconductor/magnet heterostructures, and is coordinated by Tero Heikkilä from the University of Jyväskylä, who worked on the theory behind the effect. 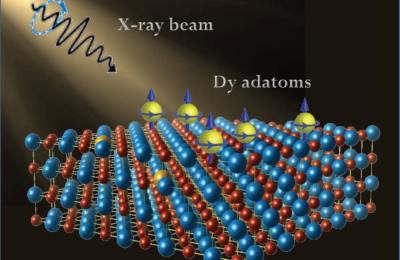 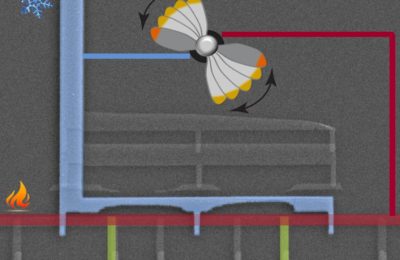