Facebook-f Instagram Twitter Linkedin
Tag: NANOWIRE, semiconductor nanowires, thermoelectrics
Electricity from heat losses: engineered the first device capable of achieving it in a controlled way
The study paves the way for a new generation of “smart” thermoelectric systems to generate clean electricity. The research carried out at the NEST Lab of Scuola Normale Superiore and Cnr Nano gained the frontispiece in Advanced Functional Materials 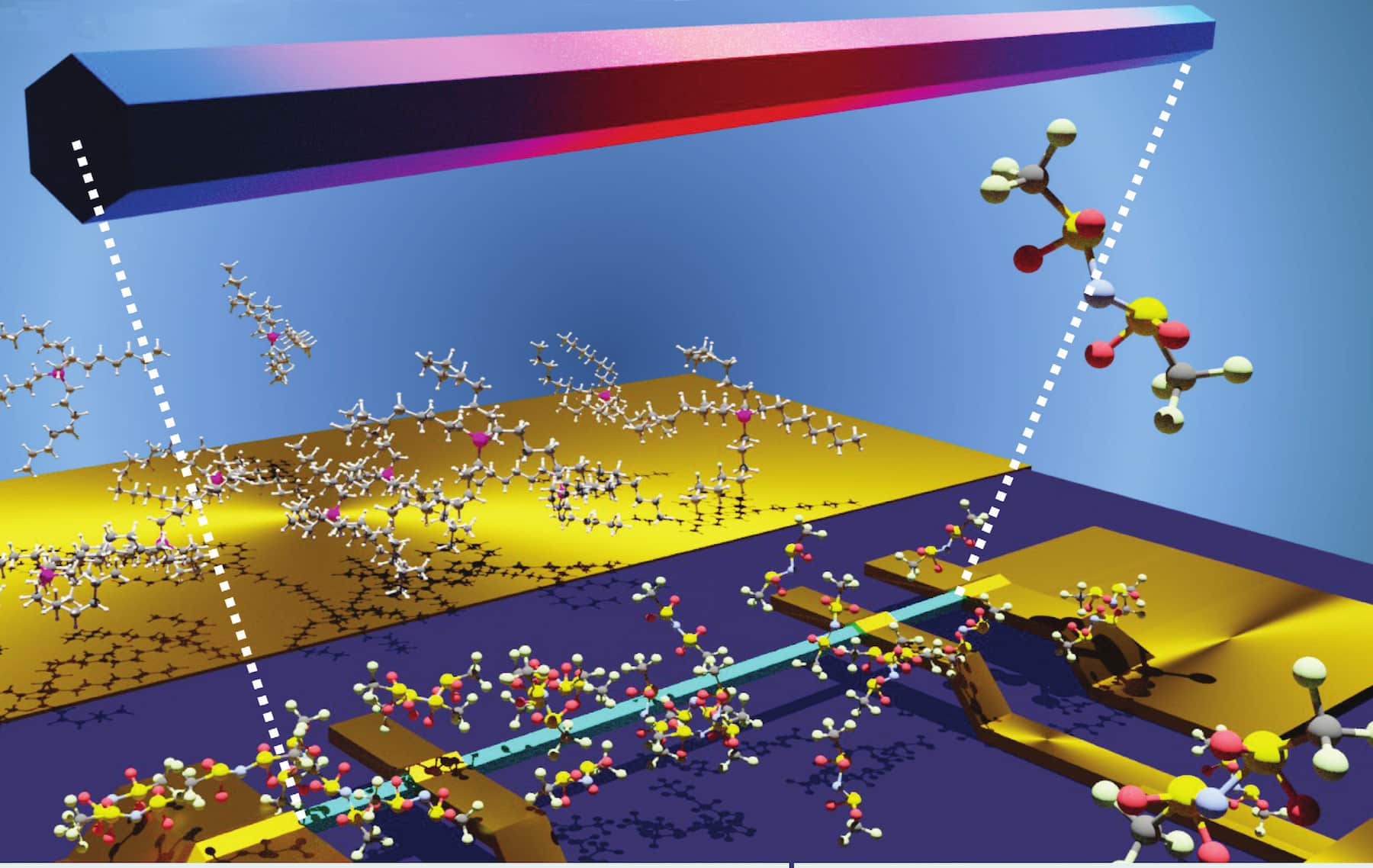 Generating electricity from temperature differences: since its discovery thermoelectricity has represented a research horizon with enormous application potential, although the low efficiency of converting heat into electricity and the difficulty of controlling this efficiency have limited the use of thermoelectric devices to niche applications, for example the powering of space rovers.

Researchers at NEST Laboratory of the Scuola Normale Superiore, directed by prof. Fabio Beltram, has now developed an innovative nanotechnology capable of transforming heat dispersed by any system or body into electricity, and pursuing this task for the first time with dynamically controllable performance. The result earned this research the cover of the -journal Advanced Functional Materials (Adv. Funct. Mater. 2021,31, 2104175); title of the article: “Electrostatic Control of the Thermoelectric Figure of Merit of Ion-Gated Nanotransistors”.

The new nanodevice can be easily integrated into a chip and exploits, in addition to traditional semiconductor materials, “micro-drops” that contain ions free to move under the effect of an electric field. This is the novelty introduced by the researchers, which enables the control of the amount of electricity obtained starting from a thermal dispersion, allowing the device to work at maximum efficiency. This opens up the possibility of creating a new generation of “smart” thermoelectric systems that exploit the heat dispersed in an environment to produce clean electricity, by adapting to the actual need for electricity of the electrical grid in which they are inserted.

According to Francesco Rossella, who coordinated the interdisciplinary research team which includes a postgraduate and a research fellow from the Scuola Normale (Domenic Prete and Valeria Demontis), reserachers from the Istituto Nanoscienze (Maria Jesus Rodriguez-Douton, Valentina Zannier, Lucia Sorba) and from the University of Pisa (Department of Information Engineering and Department of Pharmacy), in the future this technology could be used on a larger scale, for example to power electric vehicles for a fuel-free mobility. “The nanotechnology platform we have developed could well be a possible game-changer for the sustainable energy of the future,” states Rossella. “We have been able to engineer a thermoelectric architecture that combines mobile ion systems and transistors at the nanoscale. It is a technology that is able to promote an eco-sustainable economy because it does not use fossil fuels, and is potentially open to highly interdisciplinary applications, which go beyond the traditional areas of use of thermoelectricity. The first feasible applications in the immediate future could concern the field of flexible electronics for the electro-medical sector, but wherever there is heat loss it will be possible to produce electricity in a controlled manner”. 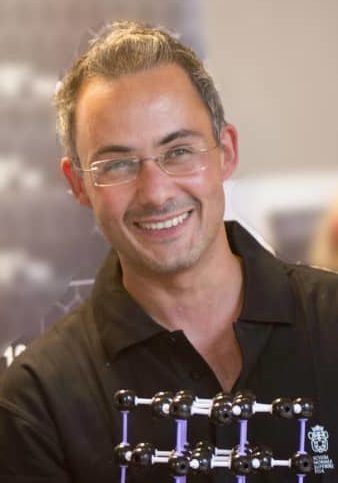 “It is a technology that is able to promote an eco-sustainable economy because it does not use fossil fuels, and is potentially open to highly interdisciplinary applications, which go beyond the traditional areas of use of thermoelectricity” 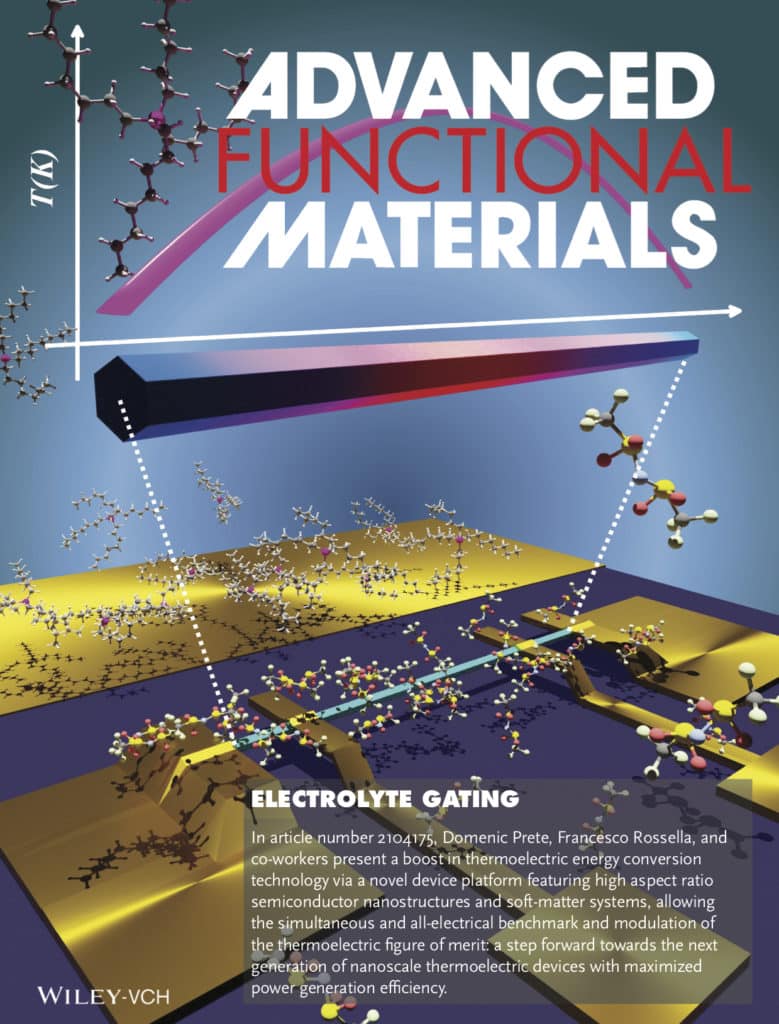 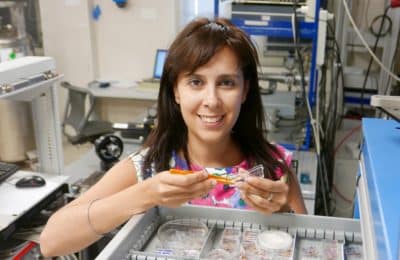 September 14, 2021
The Cnr NANO researcher awarded for her important experimental research in the field of light-matter interaction phenomena, in particular for… 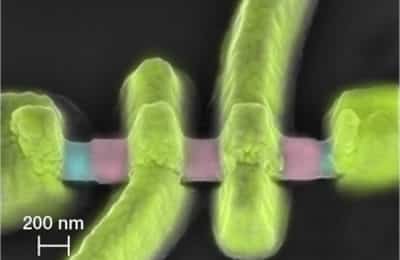 July 19, 2021
Congratulations to Sedighe Salimian and Isha Verma for their honorable mentions at the RAITH Micrograph Award 2021 – Special Edition,… 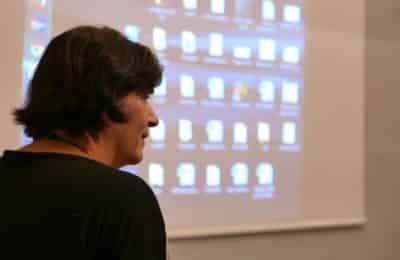 April 26, 2021
Director of Istituto Nanoscienze nominated 2021 EPS Fellow by the European Physical Society in recognition of her scientific contributions.